Jesse Thompson and Justin Mobley received appointments as Adjunct Assistant Professors in the UK Department of Chemistry. Dr. Thompson is a research program manager in the Center’s Power Generation Group, and Dr. Mobley received his PhD under the direction of Mark Crocker, an Associate Director for Research at UK CAER, who is also a faculty member in UK’s Department of Chemistry.

Dr. Mobley is a Kentucky native who earned a BS in Chemistry at Western Kentucky University.  He graduated from the WKU Honors College, completing a capstone project entitled “Synthetic study of para-substituted 5,6-fused ring pyridazines.”  Dr. Mobley’s PhD work focused on oxidative catalytic lignin depolymerization. He went on to a postdoc at the University of Wisconsin-Madison under Professor John Ralph where he studied lignin utilization as well as biomass characterization using Nuclear Magnetic Resonance spectroscopy.  In October of 2017, Dr. Mobley came back to UK and currently serves as Director of the Nuclear Magnetic Resonance Center.  While he works on a variety of collaborative projects with numerous researchers on diverse topics including NMR spectroscopy, oxidation catalysis, and high-throughput NMR methods for biomass characterization, his primary work has been on characterization of lignin depolymerization products and new methods for cost effective lignin depolymerization.

UK Department of Chemistry’s announcement can be found here. 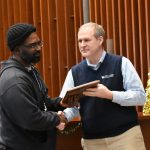 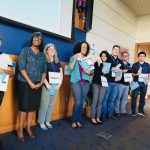