LG&E and KU and CAER researchers endeavor to develop a flexible, net negative CO2 emissions technology that will be directly applicable to natural gas combined cycle power generation while minimizing the associated capital costs of installing this technology. In addition to capturing CO2, the system will produce two value-added streams, hydrogen (H2) and oxygen (O2,) which can be sold to offset the cost of CO2 capture.

This study will explore extending equipment life and maximizing fuel efficiency by keeping the plant at a constant electricity generation rate by producing H2/O2 during periods of low power demand. Successful development of this research will lead to negative CO2 emission at natural gas combined cycle plants at an affordable cost.

“We’re proud to once again partner with UK CAER on groundbreaking research that has the potential to create meaningful advances in power generation,” said LG&E and KU Chief Operating Officer Lonnie Bellar. “Creating collaborations like this one and exploring technology and innovation that can make a difference for the industry and our customers is part of our commitment to helping shape the energy future of our Commonwealth and the nation.”

“We are pleased to be collaborating with our long-term partners at LG&E and KU to develop a solution to a pressing problem facing the energy industry,” said Kunlei Liu, associate director for research at CAER and an associate professor of mechanical engineering in UK’s College of Engineering. “Being able to improve the lifespan and efficiency of natural gas combined cycle power plants while simultaneously achieving negative carbon dioxide emissions will have a profound impact on Kentucky’s energy industry.”

The first phase of this research project will take place in CAER’s laboratories, with the goal of eventually moving this technology to LG&E and KU’s Cane Run Generating Station in Louisville for pilot-scale testing.

LG&E and KU and UK CAER have been leaders and partners in carbon dioxide capture research. Since 2006, LG&E and KU have directly invested more than $4 million in UK CAER’s decarbonization research. In 2014, Kentucky’s first and largest pilot-scale CO2 capture unit at a coal plant, a 0.7 MWe unit, was built at LG&E and KU’s E.W. Brown Generating Station and has since logged more than 5,000 operation hours. The site has been used by CAER to support U.S. Department of Energy-funded research projects to investigate, test and analyze CO2 capture technologies.

In conjunction with its parent company, PPL Corporation, LG&E and KU are committed to achieving net-zero carbon emissions by 2050 and as part of efforts toward a sustainable energy future, across its generation fleet and throughout its business, and are targeting an 80% reduction from 2010 levels by 2040 and a 70% reduction by 2035.

About CAER Since 1977, the University of Kentucky Center for Applied Energy Research (CAER) has served as one of the nation’s premier energy research and development institutes, collaborating with companies and government agencies to help maximize Kentucky’s — and the nation’s — energy resources.

About LG&E and KU Louisville Gas and Electric Company and Kentucky Utilities Company, part of the PPL Corporation (NYSE: PPL) family of companies, are regulated utilities that serve more than 1.3 million customers and have consistently ranked among the best companies for customer service in the United States. LG&E serves 332,000 natural gas and 425,000 electric customers in Louisville and 16 surrounding counties. KU serves 564,000 customers in 77 Kentucky counties and five counties in Virginia. More information is available at www.lge-ku.com and www.pplweb.com. 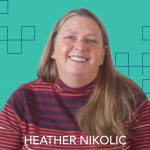 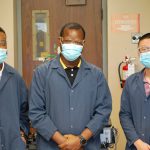